We are pleased to offer this story selected for February 2022. 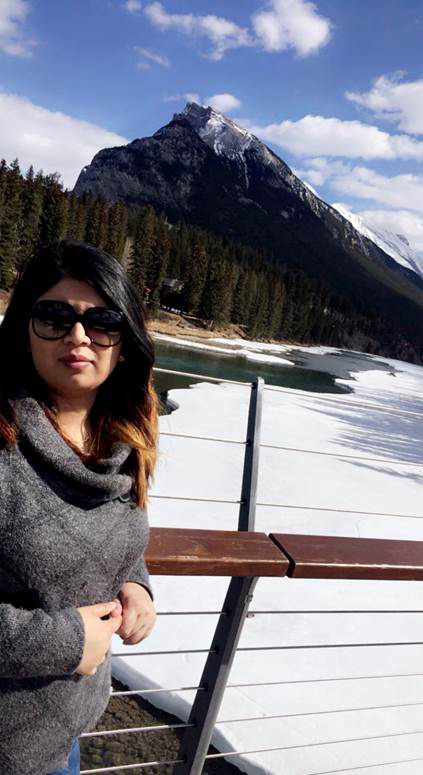 Rupinder knows you always have to be prepared for the unexpected.

Those unexpected situations can not only test one’s skill as an interpreter but inevitably, lead to those extraordinary moments that reinforce values of shared community and even though an individual is a stranger, we are there for each other in time of need.

I have been working with CanTalk for over 3 years now. Since the start of my career in this field I have had so many experiences where I felt happy and grateful to be able to help break the language barriers and the difficulties being faced by the not so well-English speaking people of my community.

But one special incident that has stuck in my memory is when I was able to help an ailing elderly Punjabi speaking man and get him the required medical assistance well in time.

I was not working one fine day, but I received a call from CanTalk and I took the call and I am thankful I did so as it was a 911 call. The client was a very old man, probably in his late 70’s, who was severely ill and was stuck in his apartment. He was in a lot of pain as he said that he was unable to pass urine since last night. He was crying due to the discomfort. It was his daughter’s apartment and she was working so not home. And thus, he was only accompanied by his wife. Due to the language barrier he was unable to explain his situation to the 911 operator. He said that he knew nobody else in the city or the apartment building and he did not know his daughter’s phone number. After describing his situation to the operator; how he was having severe abdominal pain and was vomiting since morning she was able to send ambulance to the given address. But, unfortunately as it was an apartment building, the main door of the building was locked and he did not know the buzzer code to open the door whatsoever. That is the time when even I felt so helpless and sorry for the poor man. Somehow, the medical care people were able to find a way into the building and finally reached the old man. That was a time that I felt a sigh of relief as he was in safe hands now.

Till date whenever I remember that incident, I feel thankful to God that despite being on a leave that day I attended that one call which saved that old man’s life. And this is the beauty of the profession that I have chosen: I get to help so many people in the smallest possible way and make their lives a bit easier in this accepting but still so culturally and language wise foreign country.