We are pleased to offer this story selected for August 2022. 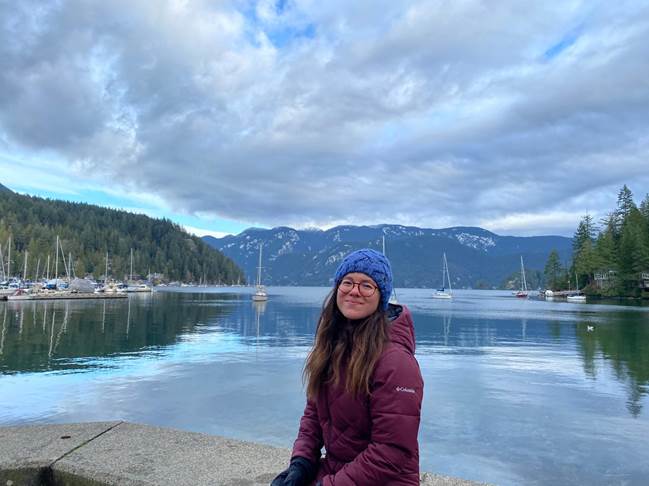 Don’t judge a book by its cover! Elena is a testament to this well-known phrase. We often forget that the world is vast and full of cultures and knowledge that we may not all have had an opportunity to appreciate.

When the question “where are you from?” doesn't have a short answer.

When I lived in Europe and I was asked where I was from, I used to reply: “I'm from Russia but I grew up in Spain”. Many times the other person reacted with surprise: “But you don't look Russian! Russians are tall, blonde, and have blue eyes”. Then I had to take a deep breath and explain to them that not all Russians are tall, blonde, and have blue eyes. “But you look rather Asian” they would respond, still confused. “Yes, there are Russians who are Asian because Russia comprises both Europe and Asia.”  But I'm not Asian, actually. I was born close to the border between Europe and Asia, but still on the western side of the Ural Mountain range, which divides both continents. My home city, Izhevsk, is the capital city of Udmurt federal Republic, which is located in Europe.

However, there are some Asian influences and it is common to find people with Asian features in Udmurtia. The region I come from is a vast and complex mixture of cultures. The indigenous people from Udmurtia, the Udmurts, have their own traditions and their own language, which belongs to the Finno-Ugric group of languages, along with Finnish, Hungarian and Estonian, among others. By the way, I don't speak Udmurt and I don't belong to this ethnic group but there is probably some Udmurt in me. In fact, if I trace my origins back, I probably have some Mongolian blood, since Udmurtia was conquered by the Mongolian Empire at some point in the Middle Ages.

This was a very long introduction to just say that not all Russians are tall, blonde, and have blue eyes. In fact, there are almost 200 ethnic groups in Russia, each one with different appearance, folklore, language, gastronomy... There is religious diversity as well and although almost half of Russians are Orthodox, there are also believers of Islam, Buddhism, Hinduism, Paganism... Not many people outside of Russia are aware of this cultural richness and pluralism, probably because the most well known and most popular Russian cities and tourist destinations are Moscow and Saint Petersbourg, where the majority of people are North and Central European-looking Russians.

After telling you my story, you probably won't be surprised when I say that almost nobody manages to guess which country I am from. I've been asked if I'm from China, Philippines, Chile, Brazil... I have also been told that I look more Spanish than Russian (maybe I adopted Spanish looks after living in Spain for almost twenty years, who knows).

However, since I moved to Canada, almost a year ago, I haven't been asked so much where I am from. And when people do ask me where I am from, they never make comments on my appearance. I must admit this has provided me certain relief, since I don't have to justify why I look the way I look. Canada is a multicultural country after all, where most people are used to a myriad of names, accents, and backgrounds. In my opinion, in order to gravitate towards a more tolerant and diverse society, we must debunk stereotypes by learning more about and delving into the realities of different cultures and nations.  We need to listen more and assume less.